Ostrowiec Świętokrzyski has long-standing and rich traditions in the production of metals. Close links with this industry started at the beginning of the 19th century and have existed ever since. The first metal plant was created in 1813 on the grounds of what in those days was the village of Kuźnia. That iron foundry was the fruit of the entrepreneurial drive of Jan Dobrzański, a landowner of the Ostrowiec district, who in a successful and lasting manner started the industrialisation of the area. The second iron foundry, whose construction started in 1837, was set up in Częstocice. Its initiator was another landowner of the Ostrowiec district, a financier and industrialist well-known in the then Kingdom of Poland, Count Henryk Łubieński. He assigned the realisation of the scheme to Antoni Klimkiewicz. This iron foundry was on the very spot where Świętokrzyskie Centrum Badania Jakości Sp. z o.o. is located today. Both foundries were in close vicinity to each other, and the waters of the Kamienna river provided the source of energy for their machines and installations. The metallurgic industry, initiated by those two original plants, was later continued with Huta Klimkiewiczów, Zakłady Ostrowieckie, Huta ‘Ostrowiec’, Huta Marceli Nowotko and, today, Celsa ‘Huta Ostrowiec’ Sp. z o.o.

From the beginning, proceeding through the stormy 19th century, the foundries underwent a regular technical and technological development. A constant increase in production, both in bulk and range of products, went hand in hand with improvement and modernisation. In the field of technology, a breakthrough came in the 1870s with the setting up of a research laboratory in the Huta Klimkiewiczów administration centre. It was the first in the whole of the Old Polish Basin and it was to serve both the Zakłady Ostrowieckie and the Zakłady Starachowickie foundries. The concept of creating such a laboratory had been suggested previously, with the view to improve ‘… the working of blast furnaces up to then based on superficial and vague assessments of percentages and characteristics of iron ores ….’ (quoted from the writings of Łęcki). Świętokrzyskie Centrum Badania Jakości Sp. z o.o. is the successor of that laboratory. That is why the year ‘1870’ appears in the logo of the company.

Historical and social turbulences of the end of the 19th century and the beginning of the 20th century, predominantly the recovery of independence, the two World Wars and the enforcement of communism, brought drastic changes to the life of the metallurgical plants, in particular:

During those dramatic times the research laboratory operated uninterruptedly, providing testing for the metallurgical plants.Recently, it was functioning under the name of Biuro Kontroli Technicznej i Systemu Jakości. Laboratorium Badania Metali was a structural part of it.

The building of Laboratorium Badania Metali currently houses Świętokrzyskie Centrum Badania Jakości Sp. z o.o., a company created in 2005 on the basis of the ancestral traditions of its predecessors. It is a modern research centre specialised in conducting Strength and Non-Destructive Tests. 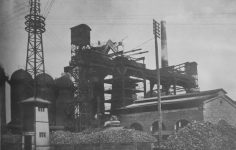 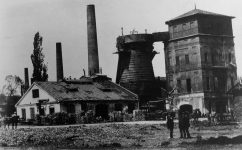 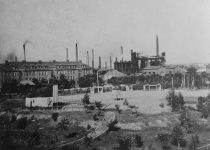 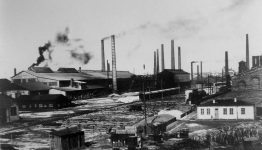